Why they exist and current issues:

The end of the Second World War, whilst a euphoric time, saw many socio-economic issues arise with very little warning, one such issue was an urgent need for housing. The urban landscape of our major cities had changed beyond all recognition and with so many people returning from Europe the need was immediate. 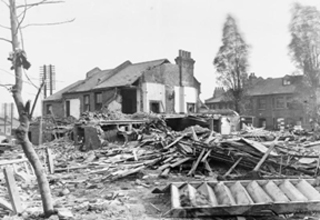 At a time when traditional building materials and skilled labour were in such short supply, a system of inexpensive and easily erected properties had to be devised. The solution became 'Component Parts', large sections of houses produced in factories and sent out to sites throughout the United Kingdom to be erected by largely unskilled labour.

These pre-cast houses were only ever meant to be a short-term solution allowing those displaced by the war to settle quickly and safely, however; by the early 1980's tens of thousands of concrete houses still remained and following the discovery of cracking in the columns of an Airey property, a comprehensive investigation was undertaken. 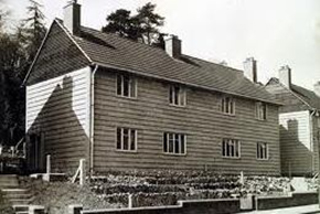 The report set out to establish the condition and structural integrity of the precast reinforced concrete housing stock, which were erected before 1960. Evaluations were carried out on seventeen common types of PRC Homes including Cornish Unit, Unity, Wates, Airey, Woolaway, Hawksley and Reema Hollow Panel constructions.

During these evaluations the main load bearing components were examined to establish condition, along with external and internal concrete elements. The on-site investigations consisted of visual inspections, removal of concrete samples for testing and the studying of original design and construction documentation.

It was soon discovered that these PRC homes suffered from a chemical reaction called carbonation which can cause the concrete to deteriorate, so that the protection of the steel reinforcement would eventually be lost and in due course concrete PRC homes would become defective. Further issues were found where moisture had penetrated the original structure, causing the internal steel reinforcement to rust, this rusting steel would over time expand cracking the concrete walls from within. 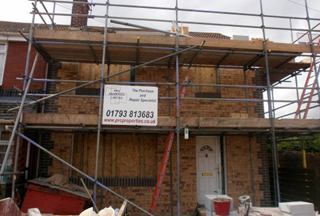 Whilst the deterioration of the PRC home is a lengthy process and in many cases the inevitable structural failure would not occur for some time, there are more than 20 types of PRC homes classified 'Defective' under the Housing Defects Act 1984. It is from that evaluation of the long term issues surrounding PRC homes that the Banks and Building Societies indicated a reluctance to continue lending on these properties.

The impact of this reluctance has meant many owners are unable to meet the cost of making good the necessary repairs and tenants wishing to exercise their right to buy are unable to raise the funds needed. It has also seen a rise in poor quality, untrained and unqualified work that appears on the surface to be a good deal, but in the long run proves to be very expensive and irrelevant.